END_OF_DOCUMENT_TOKEN_TO_BE_REPLACED

After the sparkling successful ending of Fashion Pakistan week 2014, here comes another most awaited fashion show of the year. It’s time to gear up for the ninth installment of ‘Bridal Couture Week’ to be held in Lahore from December 11th to 13th, 2014.

END_OF_DOCUMENT_TOKEN_TO_BE_REPLACED

The colour blocking trend of blue is once again at its peak as witnessed by various international brands and fashion stores. Fashion designers like Burberry Prorsum, Eudon Choi, Jason Wu, Helmut Lang and others have used the prismatic blue to complement their spring summer collections 2013 in a dramatic way.

Either it is sky blue, cobalt blue or shining royal blue, blue is making big trend for SS 2013. Fashion designers like Costello Tagliapietra, Rebecca Minkoff and PrabalGurung have incorporated sky blue in their spring summer collections 2013 whereas Alexander McQueen, ProenzaSchouler and ErmenegildoZegna have blended metallic and turquoise blue for both women and men’s spring summer collections 2013. The others have created the magic with tones of blue like navy, royal, sapphire, azure, peacock and teal blue.

The blue bloom takes its strides in fashion accessories as well. The deeper blue and glittering blue adds more spark in accessories like hand clutches, hats, scarves and jewellery pieces such as necklaces, earrings, bracelets, bangles and rings for ladies and a perky retro blue men’s tie. Fashion fanatics may get an Alexander McQueen handbag, PamellaDeVos scarves and star jewellery or the Soprano studs and range of stylish men’s tie.

The passionate blue is best to remove the winter blues as it adds more freshness and soothing feel in one’s persona. The blue dress code with star studded blue coat or hat or the blue brushed over knee short chemises makes a beautiful match for girls. The dynamic bright blue and pale blue sweaters look elegant in daytime whereas its darker tones look vibrant in night hangouts or parties. 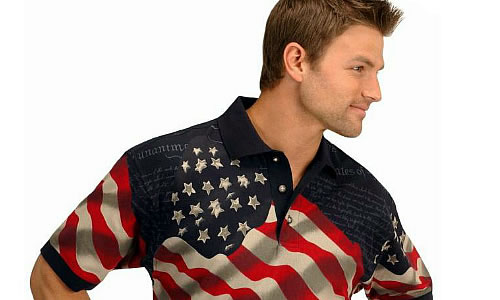 Patriotism means love for your homeland from the depth of your heart. For the sake of your country, patriotism urges you to go to any extent to serve your country.

END_OF_DOCUMENT_TOKEN_TO_BE_REPLACED

Every one of us must have met few people in life who left an impact on us, solely the way they look, their dressing and choice of colors. One cannot debate much to the fact that Fashion is the perfect way to express yourself and your personality through what you wear and how you dress.

END_OF_DOCUMENT_TOKEN_TO_BE_REPLACED

Whether you love summers or you hate them, one thing is for sure: Summers are the time for style! While winter calls for covers and layers,

END_OF_DOCUMENT_TOKEN_TO_BE_REPLACED

One season that is lavishly celebrated is the wedding season where not only does the bride go all out in the preparation but also most of her closely related family. However much as people wreck their minds on the preparations. Especially the bride, on keeping a proper skin care, a good diet and weight watch. It is equally important for the bride to select bridal dresses colors that suits best with skin tones. At times I have noticed that very pretty girls also end up wearing attires that end up looking bad with their skin tones. Just a little mistake can make you look bad on your big day.  A thing to bring to your consideration while selecting a bridal dress is to bear in mind in which season you are getting married and what your skin tone is like in that particular season. Because some people get tan easily in spring while they glow in winters becoming red. This can affect your dress color a lot more than you think it does.

Therefore it is necessary to select bridal dresses colors that suits best with your skin tones so that they compliment your ensemble rather than make you look what you’re not. Just a little mistake here and there can make disasters.

Here are certain bridal dresses colors that go along with certain skin tones:

1. For Fair skin tones:  people with fair skin tones usually are pretty over confident about the fact that whatever color they will put on will look good on them. However it is far from the fact because also skin tones have a certain color that is described as their color because it enhances their beauty. Therefore if you have an ivory skin tones then shades of yellow suit you best. Traditional bright colors make you look washed out in pictures. Pastels work pretty well to.  Light brown colors , crème colors , ivory colors and oyster colors look good on fair skin tone brides.

2. Medium shade or Tan: If your skin tone is a medium tone and tans fast then look for wedding dresses with a creamier undertone. This will enhance your skin tone more and make you look fresh and glowly as opposed to other shades that you admire. Remember people look good in certain colors and to know those colors is essential.

4. Yellow or pale complexion : this complexion can look bad with bright colors however people with this skin tone are just in luck to wear white or champagne. A much wanted bridal dress color, because it suits people with pale or yellow skin tones.
Remember there is no such thing that there should be a one color bridal dress. Certain mix and match colors bring out the best in you and make you look stunning. Therefore don’t restrict yourself to a single color tone.

Keep your location in mind of the wedding venue while selecting a bridal dress too. It is basically an amalgam of quiet a few things that makes things worthwhile and gives the entire look and makes your pictures turn out well.  I personally think it’s not the dress itself but all the colors put together well that gives the look and make a wedding look awesome.

Much as important a wedding is, it is crucial to select bridal dresses that suit your skin tones. These few tips and known combinations work as a gem for the brides. This is a tried and tested formula for bridal dresses and their skin tones.